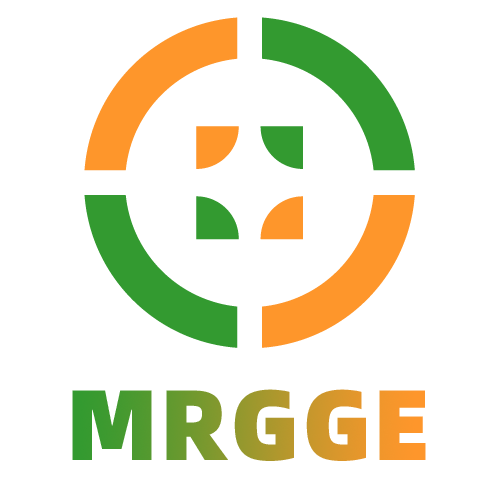 Research Directions are listed as follows,

In 1997，I obtained Ph.D degree from Northeastern University of China. Subsequently, I had been employed by industrail, academic and research organizations in South Africa, Japan and Canada one after another for totally nearly fourteen years. I ever held posts as Technical Analyst, Reearch Engineer, Lecturer, Research Fellow appionted by Special Contract, Principal Developer, Senior Application Engineer, Permanent Employee, Research Scientist, Laboratory Technologist and Research Assocaite. In the Autumn of 2010, I was appointed as Distinguished Professor by Dalian University of Technology.

I had published more than a hundred of papers, playing as reviewers for many prestigious journals, scientific foundations and academic agencies and delivering key-note speaker's lectures or presiding technical sessions during symposiums. I've visited overseas communicating fully supported by the other parties for multiple times. For the recent five years, I published five hig-quality SCI papers on journals like Engineering Analysis with Boundary Elements and GeoFluids, etc. as well as nine EI and domestic core journal papers.

Dr. Jiwei Wen is an Associcate Professor in Civil Engineering, specializing in the fields of Geological Engineering, Civil Engineering, Trenchless Technology and Drilling & Tunneling Engineering. He holds B.A. and Ph.D. from Jilin University in 2009 and 2014. Later, he worked at Dept. Geological Engineering, College of Environment and Civil Engineering, Chengdu University of Technology. In the meantime, he has finished postdoctoral researches at the State Key Laboratory of Geohazard Prevention and Geoenvironment Protection (SKLGP), Chengdu University of Technology. Moreover, he studied at Trenchless Technology Center at Louisiana Tech University as a Visiting Scholar from 2017 to 2018, USA. Now, he changed his work to Dept. Underground Engineering, School of Civil Engineering, Shijiazhuang Tiedao University, China. So far, he has presided over more than ten scientific research programs, main including National Natural Science Foundation of China (NSFC), Application Fundamental Research Programs of Sichuan Science and Technology Agency, National Key Laboratory Open Fund Projects, etc. In addition, he has published more than 20 papers, and authorized 10 national invention patents and 25 utility model patents. Furthermore, he is the reviewers of many international academic journals which are collected by SCI and domestic academic journals, such as Journal of Cleaner Production, Petroleum Science, Journal of the Brazilian Society of Mechanical Sciences and Engineering, Water Science and Engineering, Journal of Cluster Science, Coal Geological & Exploration, and Drilling Engineering , etc.

Abstract: The various solid resources are widely occurs in the underground formation, such as oil shale, coal, gold, copper, iron, gypsum, etc. They have always been the precious mineral resources and energy for human survival and development. Borehole hydraulic mining technology has more prominent advantages than both conventional open-pit mining and underground mining. It is very important to attempt to use the borehole hydraulic mining method to exploit underground solid resources. Jet devices are the key component of borehole hydraulic mining to effectively mine and lift underground solid resources to the surface, which mainly include the straight cone nozzle, organ pipe nozzle and self-excited oscillation pulsed jet nozzle. The self-developed, multifunctional, experimental setup can test both the jet devices’ performance as well as the breaking of soild rescource by the high-pressure water jet using the various nozzles. The optimal nozzles’ structures and key technical parameters of oil shale breaking are determined by comprehensive using various research methods, including theoretical analysis, orthogonal experiment and CFD simulation. The results can provide the scientific and valuable guide for underground solid resources mining in practice.

I have started my career as a university academician for 11 years and 6 months since March, 2005. Over the years, I have taught 77 credit-hour courses in this university (56 and 21 credit-hour courses for the Undergraduate and Postgraduate levels respectively), supervised 5 PhD students as a main supervisor (one graduated on November 2016), lead 12 out of 30 research projects that I am involved in (total MYR2153036.00), lead and assisted in 5 consultation works (MYR596354.41), received 1 intellectual properties (IP) and 4 national awards during the National Geotechnical Engineering Festival in 2014.

I am a Bachelor holder in Civil Engineering discipline from UTM. I have obtained Master of Civil Engineering (Geotechnics) from UTM in 2005. Then, I pursued my PhD study in Geotechnical Engineering at Faculty of Engineering, University of Sheffield, England and graduated with my doctorate in November 2011. My research was related to the failure behavior of soft soil treated with a group of soil cement columns formed by the Deep Mixing (DM) method. I have participated in the 10th Young Geotechnical Engineerings’ Symposium in London in 2008 and have prepared and published 5 publications from my PhD work.

To date, I have published 57 journal papers, 20 papers for technical proceeding and 1 book chapter. Out of 57 journals, 25 are indexed in ISI database, 30 are indexed by Scopus and the rest (3 journal papers) are classified as non-indexed refereed journal. The total cumulative impact factors that I have contributed to UTM for sustaining research university status were 23.77. Apart from writing, I actively involve as a manuscript reviewers and have reviewed more than 30 journal including Journal of Geological and Geotechnical Engineering, International Journal of GEOMATE and Geotechnical Testing Journal (ASTM).

Besides that, I am also a team member for the Networking Grant with Prof Takashi Tsutsumi from Kagoshima College, National Institute of Technology, Japan. Nine research grants were successfully completed on time with excellent financial management.I have also taken part in INATEX (UTM) in 2013 and received a certificate of participation during the event. In addition, I actively involved in consultation work which I have received almost RM 0.6 million from the work. The most recent consultation work is the development and installation of early warning system at Gunung Pulai, Johor under Jabatan Perhutanan Negeri Johor. Currently, I have been appointed as Fellow of Centre of Excellent under Tropical Geoengineering Centre (Geotropik).

I have served the faculty and university in a broad range of activities and events such as organizing a monthly religion talk (Kuliah Dhuha) and assisting in the international conference. In conjunction with the inspiration of university in increasing the publication number, I have been invited as a speaker and facilitator for the publication workshop organised by the faculty. Moreover, I have been appointed as an editorial board of faculty journal known as Malaysia Journal of Civil Engineering (MJCE).

He received a full doctoral scholarship to study at the Norwegian University of Science and Technology (NTNU) under the supervision of Professor Charlie Chunlin Li, member of the Norwegian Academy of Sciences, Vice President of the International Society for Rock Mechanics and Rock Engineering, and President of the European Society for Rock Mechanics and Rock Engineering. He was awarded the National Award for Outstanding Doctoral Students (500 outstanding doctoral students worldwide). After graduation, he was employed by Ramboll International Consulting Group (ranked 10th in the international civil engineering consulting group) in Denmark as a senior consultant in the tunnelling department (Permanent Position), and worked at Central South University after returning to China. He has been selected as one of the 100 outstanding candidates of China Postdoctoral Science Foundation. He has led or undertaken many scientific research projects related to tunnelling and underground engineering at home and abroad, published academic papers in well-known journals at home and abroad and served as a reviewer for journals.